What is a Reiki Master? To put it simply, a Reiki Master is a person who has been attuned to Reiki energy, has completed all three levels of training, and is capable of teaching and attuning others.

But to really answer the question, “What is a Reiki Master?” –  we need to take a look at what Reiki is, and it’s history! 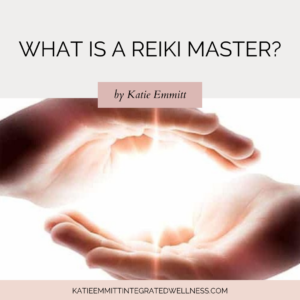 Reiki (ray-kee or pronounced lay-kee in Japanese) is a Japanese term for life force energy. Rei refers to the universal spiritual wisdom that enters the head from the Heavens. Ki represents the vital life force energy that comes up from the Earth and flows into the belly. As a practitioner of Reiki Healing, you will call these two energies into your heart, and act as a channel for your client. Ki is also often referred to as chi, prana, mana, or spirit.

What is the History of Reiki?

The term Reiki was coined initially by a man named Mikao Usui. He was born in Japan in 1864, and passed in 1926. He was born into a wealthy family, and was heavily influenced by Buddhism and Qigong (Qigong is a movement meditation practice similar to Tai Chi.) Usui wanted to develop a healing modality that brought together the mind, body, and soul – one that was spiritual, but not tied to any religion. He hoped to create a healing modality that was easy to learn, easy to practice, and widely accessible.

Usui began to study ancient Tibetan Buddhist texts, and study in different monasteries. Around 1910, Dr. Usui decided that for 21 days, he would fast and meditate, with the intention of gaining the knowledge and wisdom he needed to create this healing modality he had in mind. On the 21st day of meditating on Mount Kurama, Usui was struck with insight – essentially, he received an attunement directly from Spirit – which he then used to develop Usui Reiki Healing. After practicing on himself, friends, and family, he opened his first practice in 1921. It is estimated that he taught Reiki Healing to approximately 2000 people.

It’s important to note that the Japanese people have a rich history of palm healing, animism, and indigenous folk medicine. Usui would have been influenced this, as well as Shinto, (the Japanese philosophy that holds the belief that every thing contains spirits or Kami that need to be honored.)

Usui himself had very few rules or guidelines when it came to practicing Reiki Healing. Usui would scan the body intuitively, and go to the area needing treatment. He also would channel reiki with his eyes and breath.

Reiki Comes to the West

Hawayo Takata, one of Hayashi’s students, is credited with bringing Reiki Healing from Japan to the West. She opened her first clinic in Hawaii and taught all over Canada, Europe, and the United States.

Other Lineages and Types of Energy Healing or Reiki

You will find that there are many other lineages of Reiki, and different methods of working with energy healing. You may have heard of some like Karuna Reiki, Holy Fire Reiki, Shiki Ryoho, Kundalini Reiki, Gold Reiki, etc. These are essentially slightly different methods of working with Earth and Spirit energy, or they may utilize different energetic frequencies for the sake of healing.

What is a Reiki Master?

A Reiki Master is simply an individual who has gone through several levels of training, and has been trained to not only practice energy healing, but also to attune and teach others. This is a big responsibility, because you are now carrying on a tradition of healing and passing it on to different students. The ability to attune others and teach is what technically separates a “Reiki Master” from a “Reiki Practitioner”.

The way most energy healing methods are practiced today (especially in the West) is that a student will take 3-4 levels of training and receive several attunements before becoming a Reiki Master. This may be done over a few weekends, or over several months or years depending on the teacher, type of energy healing practiced, and the student’s pace.

How do I Become a Reiki Master?

If you are interested in becoming a Reiki Master, you must take the three different levels of training and receive the attunements.

During your first reiki attunement, you will be learning the basics of Reiki, and you will be attuned to reiki energy. You will begin to heal, clear blockages, and release anything no longer serving you so that you can become a clear channel for healing others. The focus here is on physical healing and, most importantly, self healing. However, you will learn how to utilize reiki to help heal other humans, plants, animals, food, and physical spaces.

The second level Reiki attunement teaches you how to conduct distance healings. Depending on the type of Reiki you are practicing, you may learn additional symbols and ways of working. The focus here is on mental and emotional healing. The second attunement with further progress your abilities, like turning a lightbulb to the second highest setting.

The Third (or Master Level) attunement will teach you more advanced practices & healings, as well as teach you how to attune and train others. The focus here is on spiritual healing. At this level, you learn to work with spirit guides & higher powers to facilitate your healings on yourself and others.

Some teachers will offer four levels – teaching advanced healing techniques in level 3, and how to attune and teach others in a fourth level.

Do I Need to Be a Reiki Master to Practice Reiki or Energy Healing?

That being said, receiving a training from a teacher that you admire, vibe with, appreciate, and who has a lot of experience can be absolutely invaluable as you embark on your energy healing journey. My personal suggestion is to always find a teacher you like that you want to learn from – make that your first priority over anything else like the cost, type of modality taught, how long the course is, etc. A good teacher and mentor is truly priceless.

Ultimately, you do not need to go through all levels or degrees of training and become a Reiki Master to be a good or powerful healer for yourself or others. What is more important is your dedication, experience, practice, the amount of inner work you are doing to grow as a healer, etc. My personal opinion however, is that I would recommend going through a training with a teacher you admire that helps you to feel confident, and then spending time getting. comfortable with the modality before working on others.

Personally, I am not fond of the term “Master” and often refer to myself simply as an Energy Healer or Energy Healing Practitioner, and a Teacher. When I facilitate my Level 3 Kundalini Reiki & Intuitive Energy Healing courses, I typically refer to them as advanced healing/teacher training courses.

I am a firm believer in the idea that we are life-long students. To use the term “master” implies that we have mastered or have ownership over something. How are we able to do that when it comes to a non-physical energetic healing modality? Over the years, I have continued to learn, grow, and improve as a healer – and I don’t ever see that stopping. I do not believe that I will ever be a “Master” of this modality, I will forever be a student, and will teach others along the way.

If this resonates with you, I highly encourage you to find other ways to release the term Master from your reiki or energy healing vocabulary, so we can begin to find new ways of communicating these ideas.

If you are interested in learning Reiki to practice on yourself or others, you can look for healers in your area who offer trainings. I encourage you to study with someone you admire, trust, and gel with. I also provide high quality online trainings & attunements, which can be found at the link below. 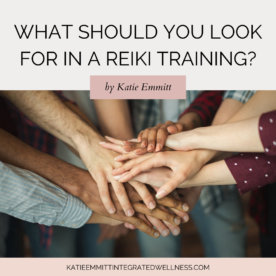 “What Should You Look for in a Reiki Training?” – If you’re interested in learning... 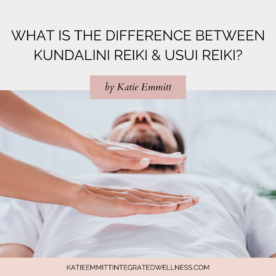 “What is the difference between Usui Reiki and Kundalini Reiki?” – This is a question... 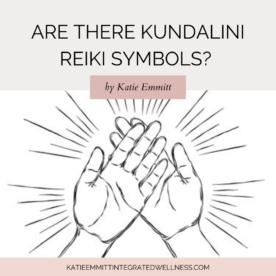 “Are there Kundalini Reiki Symbols?” – I often get asked this question by first time...